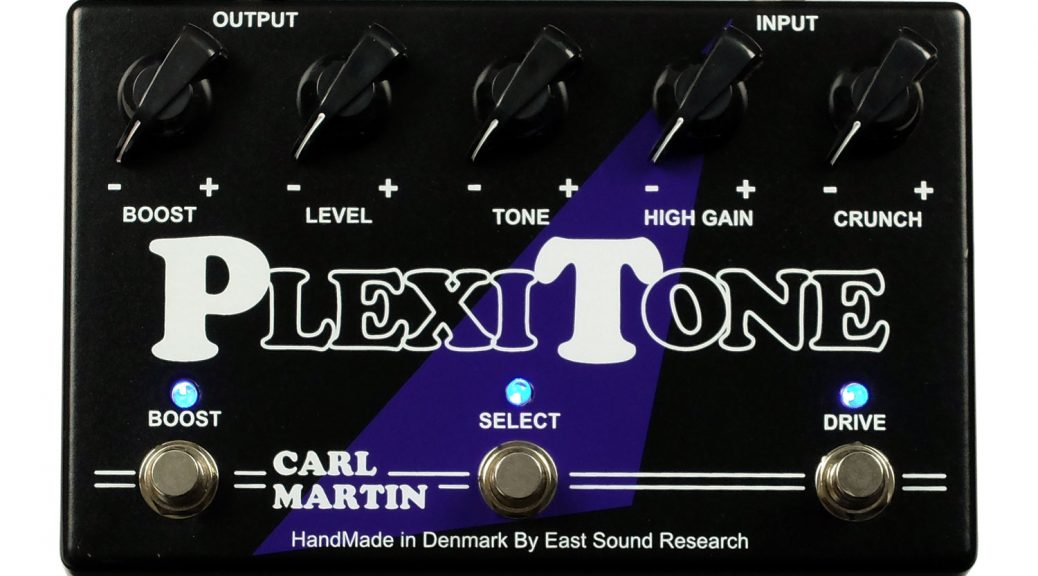 Over the years I have met and provided advice to many guitar players. It is true to say that while many were accomplished players some of the tones that they were using were, to be totally honest……bloody awful!!

Each to their own I hear you cry? Who am I to be telling you that your guitar sound is cobblers?

“I can’t help it!” is the answer to that question. I love the guitar and all the tonal possibilities that it and the surrounding paraphernalia can achieve. Creating a great tone in this modern world shouldn’t be that difficult should it? Depending on your budget you have access to a plethora of amplifier companies, more pedals than I ever thought could possibly exist and just how many single and double cut pieces of mahogany and alder are there!?

You can spend a fortune on tone chasing, new guitar, new amp, new pedal, new tattoo………….well okay, not the new tattoo but you get the idea.

Getting your basic tone right is a key piece of the puzzle. This may sound obvious, but it’s surprising how many fancy delay pedals and multi effects you see guitarists using, that when they are switched off their basic clean and crunch tones are bland and lifeless.

Here is where I bring in the Carl Martin Plexitone.

If ever there was a pedal that gave you such a perfect range of crunch and lead tones this is it. I personally love this pedal and have used it and recommended it for many years.

The drive tones available are very much as the name would suggest, plexi through and through. Old school plexi tones are here on the crunch setting covering Hendrix to AC/DC . The crunch side of the pedal has extra gain on tap and takes you into hard rock territory with ease but maintains fantastic clarity thanks to the extra headroom of the circuit running at 12 Volts. Modded plexi tones just ooze from the high gain setting. Huge sounding chords and  modded lead tones to die for pour from this setting (think natural compression and “sag” ) and provided the perfect lead channel you could be missing.

And then there is the independent clean boost that sits under the switch on the left hand side. This is just the perfect addition and takes this already fantastic drive pedal into the perfect tool for creating that great basic tone.

The clean boost works independently within the pedal. With the crunch or high gain engaged, the boost gives you up to 20db of a kick, more than enough to let your solo be heard. (make sure you practice as you really will be heard!)

But here is another use for that clean boost. I always like to kick the clean channel of any of my amps just to push them a little and give them more presence and bite. With the boost being independent I leave it on all the time so that my clean has that extra sparkle and punch, then I just switch on the gain side of the pedal when required. If your clean channel is a little flat or lacking power then trust me that this clean boost will bring it to life.

Don’t forget also that if you are running a twin channel amp with a clean and dirty channel, the boost into your dirty channel will add that extra punch here as well, hey presto, four high quality tones to start building on all for well under £200.

So I love it and recommend it, Pete Thorn who knows more about tone than the rest of us put together loves it. 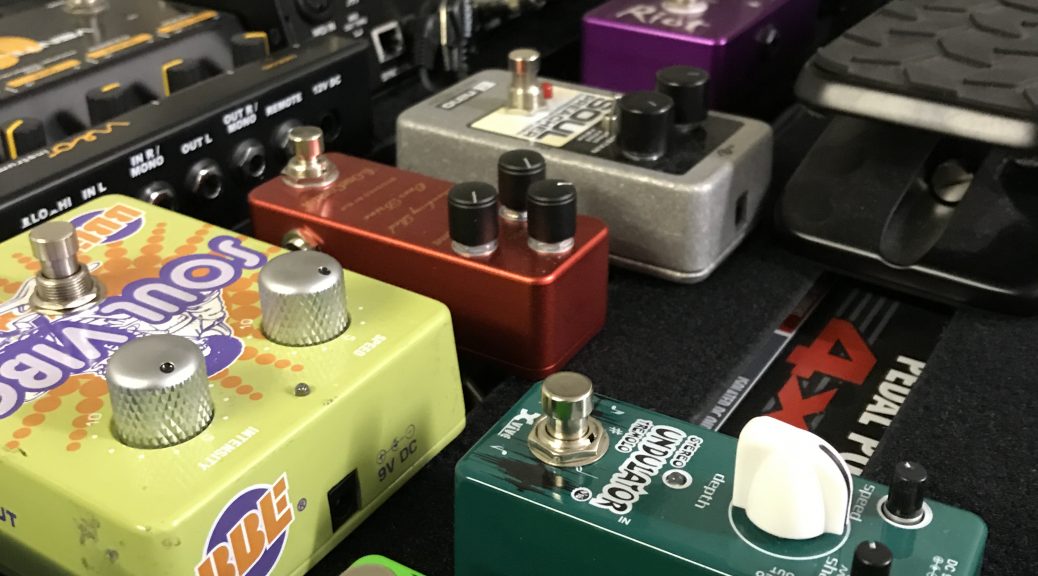 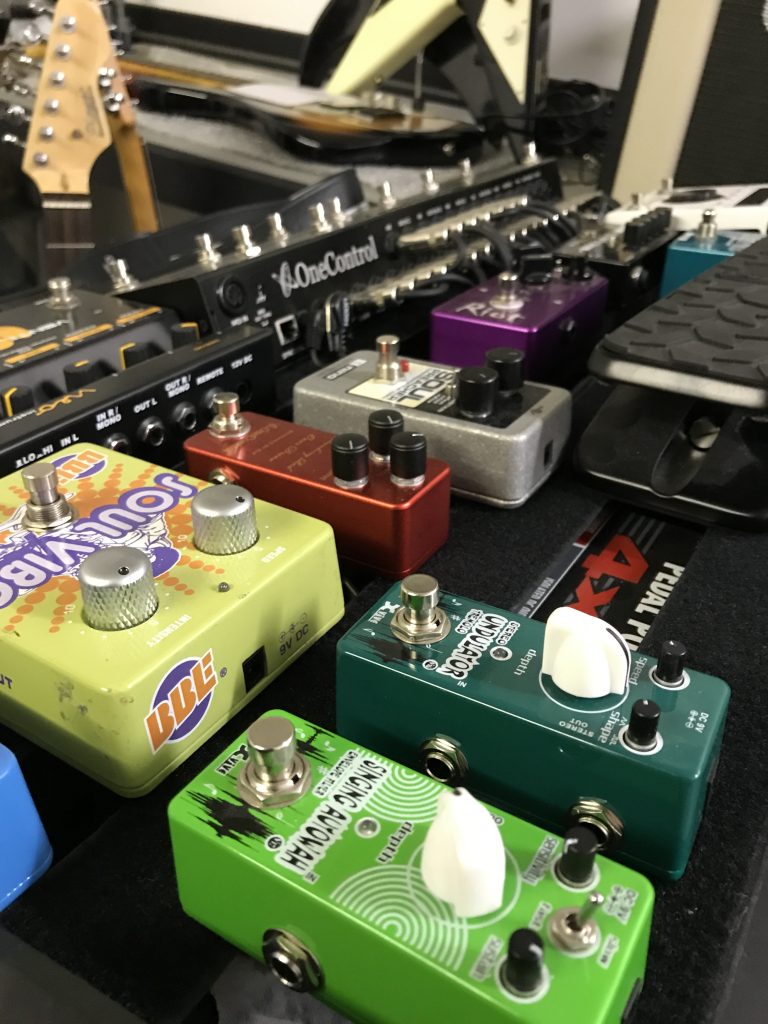 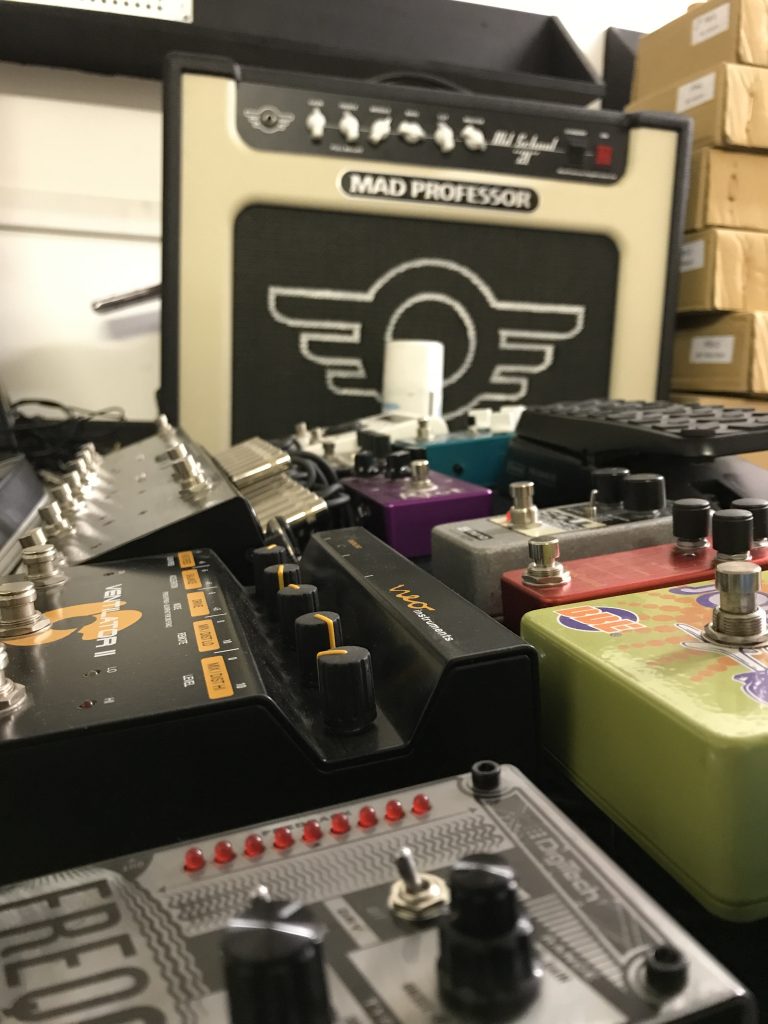 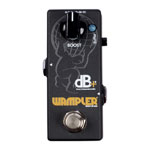 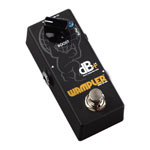 As guitarists, we are used to being told to “Turn it Down!!!” or “Can’t you make that racket in another room?”…….
It’s something we get used to from an early age.
Now of course as an Electric guitar player, you have the option of  sitting and playing ‘unplugged’, and this will no doubt allow you to practise the mechanics of your guitar playing, but what we Reeeeally want is to be able to practise the dynamics and sonic elements of our playing, and thats why we need amps, preferably turned up loud….

Well, not any more…..
These little beauties are made by Vox and are almost perfect for the Electric guitarist who wants to practise and hear his instrument at volume, without disturbing those around him. They come in all sorts of models from Clean Fender Twin to Very heavy Metal, and include Blues and Classic rock, and theres also a signature model from one Mr Joe Satriani.
Each has some basic control over the sound and includes a socket into which an iPod or iPhone or mp3 player can be plugged, thus allowing you to play to backing tracks of your choice.
But here’s the kicker, they sound really good.
Once you’ve got your headphones on you’re immersed in a pleasantly loud environment, where you can Pinch harmonics, dive bomb, volume swell, indeed all the stuff you can’t do just sat unplugged, and the best bit…..
The price….around £30.00.
Seriously, this is a must for all you guys who own a nice amp, but very rarely get it out in the house to practice on, and thats a lot of you….
I know ‘cos I’m one.