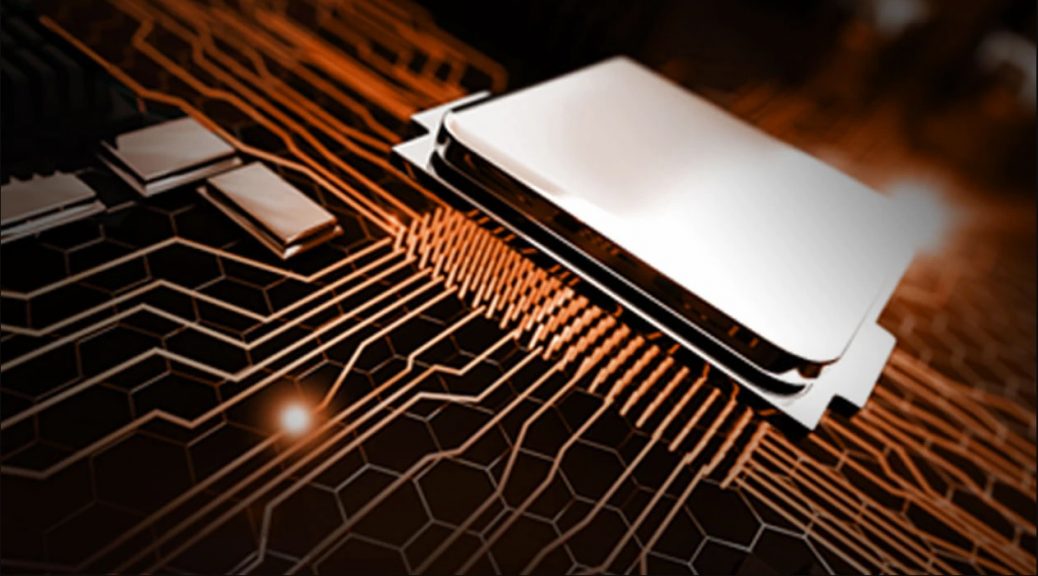 The AMD Ryzen 3000 series has been well anticipated and in fact the last time there was this much buzz around a release, it was quite possibly the first Ryzen generation a couple of years back. At that time we saw the platform pull AMD back into the limelight and whilst the results were mixed across many usage scenarios, it was clear the platform certainly had the potential to live up to.

In the interim we’ve of course had the 2000 series, which built upon the gains we’d already seen and continued to close the gap even further. AMD, of course, has continued tweaking the platform throughout this period, acknowledging some of the internal latency issues we also saw in the first round of testing and generally showing positive improvements along the way.

I’m coming to this with a short delay after launch due to a shortage of hardware over the first week. The mainstream reviewers looked to have got their hands on them in the week prior to launch, so there is already a lot of coverage out there regarding the more common applications and the hardware has performed well. The upside of this is that I only managed to put one of the chips across the bench before the launch day AGESA BIOS update surfaced which after applying I also saw a small improvement to performance and so ensured that all testing was done with this in place.

I’m going to be putting the 3600, 3700X & 3900X through their paces here and as normal I’ll be looking to max turbo clock them where I can. This ensures we don’t have a slowest core scenario tipping things into overloading earlier than necessary, but it does mean that on a stock setup you should allow for some variance.

The 3600 for a none X series chip did well, allowing us to take it to a steady 4.2GHz on all of it’s 6 dual threaded cores. The 3700X allowed us to max out all of 8 of its cores at 4.4GHz, and the 3900X managed 4.3GHz whilst sitting around 70 degrees even under maximum load. I managed a 4.4Ghz but not without seeing a huge increase in temperatures alongside it.

Whilst the promotional headlines have been focused on the 7nm die shrink, it should be noted that the entire architecture has received an overhaul in the process with AMD noting a sizable 15% increase in IPC performance. Other notable improvements include further tuning to the internal memory latencies and a sizable increase to the L3 cache, both of which should be beneficial to our performance scores.

For the Ryzen testing, I’m using the X570 Asus Tuf board which was the first of the new range to land in the office. It has been fully updated prior to testing with the latest BIOS and running 3200MHz Corsair LPX memory

With news over the past 12 months of security concerns and various performance affecting patches that have since followed, I’ve set up a new test bench where the Windows 10 build being used is the current 1903 with all drivers being freshly installed. Also given all these changes I’ve benched a number of the Intel chips in this round of testing, with both of the Z390 and X299 boards being fully updated Asus Prime boards.

On top of that reinstall and due to exceeding the benchmarking overhead in the last round with the largest available chips, I’ve made a few modifications to the standard DAWBench tests this time as I suspect that I run the risk of easily surpassing the tests in their default forms.

With the DAWBench DSP test, the SGA1566 plugin now has all instances set to the high-performance setting, running at 24/48 and this gives us plenty of headroom for our needs.

The Kontakt based DAWBench VI test, on the other hand, I would expect to quite quickly outperform with the CPU’s we have here.

Since the Native KA6 interface has had a generational jump and the older model is now discontinued, I’ve now gone and retired the old testing interface. I’ve now switched it up to an RME Babyface on this round of testing and shall be sticking with that going forward.

Another change is that both sets of tests are being reported using Reaper this time. I completed the testing initially using both Reaper and Cubase, but upon looking over the results I saw an irregularity that sent me back to retest again using Reaper for both sets, more of which I shall cover in the results section.

Having made all those changes, please be aware that these results and prior results are in no way comparable. I’ve changed the following and have retested all CPU’s listed in the results.

The one benchmark that can still be used to loosely compare is CPU-Z and that is where we shall start.

I’ve used the inbuilt 9900K metric as a baseline comparison. I’ll note that the result they have recorded is within 10% of my last round of testing, so it seems quite fitting to use it here.

So first up DAWBench wise is the classic DSP test, running the SGA1566 variant as covered up top.

This test sees us stacking up plugin instances on a thread by thread by thread basis until the whole CPU hits a breaking point. An impressive result from the sub £200 AMD and the top end 3900X is trading blows with the £1000+ Intel chips. This test is our raw performance test and as hoped the results are impressive.

The second chart we have is the DAWBench VI Kontakt test, which I imagine is going to be the interesting one for most readers following on from prior writes ups.

And interesting it certainly was. The cross core latency we’ve seen in earlier models has gone on the 3600 and we were hitting 95% on the 64 buffer on the 3700X with 100% leveraged on the 128 buffer, both of which are certainly welcome sights.

The 3900X with its new dual chiplet design was the only model to not come away with a completely clean sheet, although given we have an extra die section to deal with, this might not prove to be a huge surprise. I would expect it to mature in much the same fashion as the other chips below it in the range have done over future iterations and no doubt looking forward to them fine-tuning this new design further.

With the first round of testing as noted up top, I used Cubase 10 initially for the DAWBench VI testing and everything looked great right up until the final test. On the 3900X I saw a 20% performance drop at 64 buffer with 90% of the CPU being used at maximum load and 128 gave me 85% – 95% with the full CPU being leveraged at the 256 buffer and above mirroring the low buffer latency we’ve seen in previous generations.

It’s at this point where I wondered if we’d see any difference with a sequencer switch out, it didn’t help in the previous testing, but C10 had a few major changes under the hood over earlier versions and I’m keen to see if any of those have impacted here. I rebuilt the new test in Reaper and took another look at it with Reaper offering differing results. I still saw a performance hole at the 64 and 128 buffers, but this time it was more like 85% (64 buffer) and 95% (128 buffer) of the CPU being leveraged before it started to top out.

So, interesting to note variance drift between sequencers and how efficiently Kontakt appears to be running within them. I did upon seeing this completely re-bench in Reaper and those are the results presented. but do be aware of the sequencer variance that appears to be in play.

It’s also worth noting that some sequencer may not be able to address the full 32 threads efficiently, even if it can currently see them. I can foresee a lot of optimization being required by various DAW coders in order to ensure that their software can still keep up with the new hardware that is currently emerging.

So, overall thoughts are one of being largely impressed at each given price point. I don’t think I’d drop as low as the 3600 personally, but the 3700X has a strong claim as a superb all-rounder at the entry-level and both of these chips seem to have largely shaken any concerns that remain about internal latency handling.

The 3900X has the noted performance latency still, although it seems to vary between applications and we don’t see that occurring with either the Reaper or Cubase test on the Intel side. I wouldn’t normally be happy with seeing anything drop out at 70% or 80% load but there is certainly an argument that it still offers reasonable value as even then it exceeds the 9900K which is currently sat around the same price.

Certainly, anyone working above a 128 buffer has little to no concern there as it appears to recover in full by the 256 buffer.

So there we have it, a great first outing for AMD’s 7nm design. I’ve seen comments aplenty about the lack of overclocking capabilities and yes we’ve come up short of the all-core clock that I was aiming for in two of the tests, but I do kind of expect that from any first-generation chip after a die shrink. I’ve certainly no doubt that we’ll have refinements over the next couple of years that will successfully extract every last bit of performance from the Zen 2 platform.

My only reservation at this time is compatibility with third-party hardware and mainly interfaces. We saw some compatibility issues with Ryzen 1 & 2 with some PCIe sound cards and some USB based interfaces. ASMedia have a bit of a poor rep on Intel board where they’ve provided their third party USB3 solutions as audio devices don’t tend to play too well on them. We saw similar incidents with the implementation they packaged for the Ryzen board on generation one and thankfully it was less common on Ryzen gen 2.

Ryzen Gen 3 has an AMD designed USB implementation but built around an ASMedia package and at this point, I’ve little idea how it will hold up with all the device we have available. I was testing using a Babyface Pro this time around, so that’s validated, but I would certainly check with user groups for your key devices for any compatibility issues prior to buying.

Looking forward, unsurprisingly Intel’s next refresh details have started to leak across various sites. The Cometlake refresh has a 10 core chip and various price reductions being dangled via those leaks, which obviously look to challenge this Ryzen release when they arrive.

Whilst some people might already be rolling their eyes at this leak timing, those who remember back to the last time we were entrenched in some good ole CPU wars, they’ll remember that this is pretty much business as usual and I can see price wars on the horizon as AMD snatches more and more market share.

But that’s all still to come in the future. Right now, for the time being, the third iteration AMD Ryzen series is easily their most compelling offering yet.