Scan Pro Audio Webcast: What did you miss?

Scan Webcast 16th March: What did you miss? 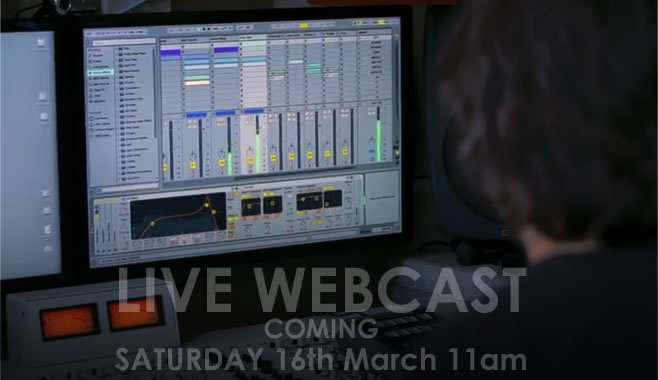 So, did you tune in?

If not, what  did you miss, and will we be doing it again?

OK, basically we think this is the start of something cool.

Advertising agencies have been predicting that this is the way forward in the future.

You see, with the advent of You Tube, we have all become very good at searching out niche content, i.e. content that’s of interest to ourselves but maybe not to other people in our house or community.

It could be guitar lessons, old footage of previous PGA Golf competitions, synchronised swimming, doesn’t matter, the idea is that it’s your interest, and not necessarily anyone elses…

What the agencies are predicting is that with the proliferation of Smart phones, iPads and tablets, more and more of us will be tempted to seek out our own programming, ( as opposed to 15 years ago, when everyone gathered around the family television to watch a soap opera or whatever.)

However, the other thing the people in the know are saying, is that people are now becoming a lot more discerning. With cable providers like Virgin Media supplying You Tube as a channel on your TV set, viewers are less likely to watch the ‘old school’ type of you tube clip, with some murky, shadowy character showing you how to play Stairway to Heaven sat on the end of his bed, in favour of higher production values that look more like the sort of HD TV show they’re used to….

And that, was what we were trying to do on Saturday,

We managed to broadcast a high quality stream from the Scan in house Theatre, and Simon Lyon gave a preview of the new Ableton live 9 suite, while Luke from Korg  gave a great demonstration of the new King Korg analog synthesiser.

What was great was that during the broadcast we were taking questions from the viewers, live in realtime, and we were able to answer and use those questions as part of the show.

So, here’s to the future…

We want to become known for a weekly webcast that features demonstrations of new kit, tips and tricks with well known software, recording  advice etc. in fact everything you’d want from a Pro Audio show.

We’ll keep you posted with our plans for the future, but for now you can check out the first show here:

Simon shows off some new features in Ableton 9.

Luke from Korg showing off the King Korg synth.

Hokay….. Universal Audio make some of the worlds best Audio Interfaces, and their plug-ins are legendary (especially here at Scan towers where all the Pro Audio staff use them in their own studios)…. trouble is,

Offering up to 26 inputs and 32 outputs at 48kHz or 8 x 14 at 192 kHz simultaneously streams the Presonus Studio 192 could be an ideal solution for those wishing to mic, record and