ScanProAudio Promotion & Exposure A CHRISTMAS MESSAGE TO THE WOMEN IN THE LIVES OF GUITARISTS….(and a couple of gift idea's for xmas…)

A CHRISTMAS MESSAGE TO THE WOMEN IN THE LIVES OF GUITARISTS….(and a couple of gift idea's for xmas…)

A CHRISTMAS MESSAGE TO WIVES, GIRLFRIENDS, MUMS and DAUGHTERS OF GUITARISTS……

This little piece is aimed at the aforementioned women in the lives of Guitar Players.

Long suffering wives and mothers, who have long cursed the heavy black amps secreted away in hallways, the never ending trail of guitar cases littering hallways and landings, girlfriends who sit patiently in dirty, cold rehearsal rooms, listening to repeated offerings of half written songs and long guitar solo’s, before sitting in a pub gig listening to the same stuff again, and all the time offering encouragement and support in the way, only they can.

Well, on behalf of guitarists everywhere,

Thank You. We love you.

After over 30 years as a professional guitarist, I have been more than dependent on the charity and good will of many females over my time.

And I was reminded the other day of conversations I’ve had, where various mothers, wives etc have confessed their frustration at not being able to by Christmas gifts that were ‘guitar related’ because they felt they didnt know enough about what they were buying, or were afraid to buy something that was ‘wrong’.

Well, as a little thank you from me personally, I thought I’d share a couple of ideas for christmas presents that are going to be well received, and the thought processes behind them. 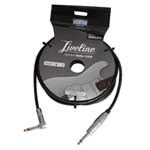 Now before you shout, ‘he’s got loads of them littering up his gig bag….’, thats the point.

Every guitarist has a bag full of battered leads that line the bottom of a gig bag, or pocket of a guitar case, and not all of them are always in best working order.

So buy him one of these  (LN38929), and tell him not to open it, but to keep it somewhere safe in his guitar bag or gig bag, until one day, when theres only minutes to go before he’s due on stage, and he realises that one of his normal leads has failed, he’ll be able to break out his shiny new cable, and he will love you forever……… 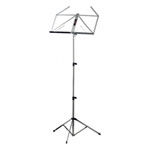 If your guitarist doesnt already own one of these (LN41473), then buy him one this christmas. Depending on what sort of music he plays (classical guitarists tend to already have these…) he may very well wonder about your thought process. He may say ‘I dont use music!’, but remind him, this is for practise time.

Every guitarist I know has heaps of reference material, old magazines with obscure scales and chord shapes, various method and technique books they’ve bought over the years, and usually, they’ll slob about with the said text either sliding off their knee, or slung on the couch or floor, making reading very uncomfortable. All of a sudden, to be able to have this stuff in front of you, at a friendly distance to both back and eye, and your guitar man will realise what a very useful invention this is (it also holds pens, picks, bottlenecks, capos, phones etc) and he will again love you for thinking about him……… 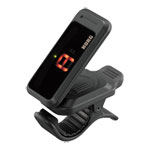 This is actually an obvious thing to buy a guitar player, but you’d be suprised how many don’t actually own one.

Its one of those things that when you have some money to spare, there always seems to be something else just that little more important. But once you’ve owned one, you’ll never be without one.

(If you want to find out whether or not he already owns one, just ask him casually ‘how do you tune a guitar?’ If he starts on a long story involving the 5th fret of each string equalling the same note as the previous one etc. its probably safe to assume he doesn’t own one.)

There are a couple of different prices available, the new KORG Pitchblack tuner for instance, is the latest in very fancy tuners which allow you to use different modes of tuning i.e. strobe meter etc.  Its compact  and tough and any guitarist would be overjoyed to receive it (LN47215).

If its a little out of your budget, or if you’re just looking for a stocking filler, try the KORG clip on tuner (LN41707)

Either way, your guitar fella will thank you for your thoughtful gift, and whenever he uses it he will think of you. (and this is likely to be many, many times a day….) 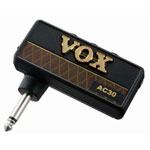 Again, this is something that he’s never likely to buy himself, but once he’s used it he’ll love you forever. These are basically a mini headphone amp, with an authentic tone, and mp3 in, and best of all, YOU can’t hear him while he practises!! You could sit happily watching Strictly Come Boring or whatever, and he can sit beside you on the sofa, widdling away to his hearts content. There’s one for most styles as well. (LN44407)

He may already have a Wah Wah pedal, but unless it says VOX on it, he doesn’t have a VOX wah wah. And a VOX wah wah is a very special wah wah, because its

a) the one Hendix used, and b) the one they used on the film score of  ‘Shaft’. 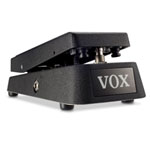 Almost done, (and he will be blown away by this), the Korg Pandora Mini is a veritable Pandoras box for a guitar player. He can use this with headphones, so again, he can sit alongside you and practise, while you watch the Telly in peace, and it has so many features, he’ll be constantly telling you of what else he’s discovered it does…. 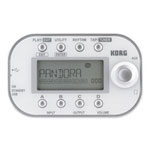 And finally, to work alongside some of the other gifts on this page, or just to make his iPod or iPhone a nicer experience, how about a nice new pair of headphones.

We have some VERY high end phones here at Scan, but either the Behringer HPS5000 or the Audio Technica M20’s are great value for money, and he will love you…..

So, I hope this offers food for thought to the loved ones of our nations guitar players….

All of the above are available from the ScanPro Audio site, and here’s hoping whatever you decide to buy him,  that you and yours have a very Merry Christmas and a Happy 2013.

Bitcoin!  You may have noticed that Scan have become one of the first On-line Retailers to accept Bitcoin. Bitcoin is a REAL currency, used on-line to purchase items in just the way you would with

MUSIC SHOW MANCHESTER 15th-16th NOVEMBER   Here’s some exciting news for anybody interested in Music and Music Technology. For the first time in many, many years, Manchester is going to be playing host to a