An Introduction to Music Sequencers

One of the key choices faced by eveyone when starting out making music is which sequencer software to learn in order to be able to produce your own recordings. As the heart of any modern studio the sequencer will allow you to record, edit and even master your music in your own preferred recording space and with the power and features available in even the most humble of software studios these days you can get astounding results, that even just a couple of decades ago were unthinkable by anyone working outside of a large studio environment. The problem with having to make the choice at this stage is that your most probably at your most unprepared for what is essentially a choice that will shape your work flow dynamic for years to come, so in this situation just how do you decide when its likely your not even sure what you need?

To keep things simple for this article we’ll break them down into a couple of groups and we’ll start with the traditional sequencers Cubase & Sonar. Both of these solutions have long heritages with Steinberg’s Cubase first appearing on the Atari ST in the late 80’s and Calkwalk’s Sonar appeared a few years prior to that under it’s original brand name of Cakewalk, meaning that both of these solutions are regarded as long established industry standards with Cubase being the popular choice in Europe and Sonar the leader in the USA market.

Designed initially as midi sequencing tools used to record and edit playback data controlling synths and other external hardware, it was with the advent of the Steinberg introducing the V.S.T (Virtual Studio Technology) standard in the mid 90’s which over time has become the dominate format over Cakewalks own DXi plugin standard (Sonar also supports VST) that we’ve seen sequencers grow from their humble beginnings to the all encompassing studio in box solutions we see now. When choosing between these two software packages you’ll see that most of the features found in either one will tend to be available in the other sooner or later. The has over the years been a history of them pushing each other on when developing new features and improvements which has resulted in great feature rich solutions being developers for users working with either client.

Over time we’ve seen these sequencers also introduce timeline based real time audio editing and manipulation which was previously was the greatest strength of the other classic recording software ProTools. Once again originally developed in the late 90’s but this time as a replacement for the classic multitrack tape recorders found in every recording studio up until this point Pro Tools was developed as a medium to allow loss less digital recording in an environment where the audio could be manipulated and processed without degradation associated with working analogue or even digital tape formats. ProTools was regarded as a game changer as it could speed up the mixing and mastering process and allow all sorts of editing tricks to be applied that were previously only be dreamed of by the average razorblade wielding tape based editors of old.

Cubase Audio Editing On The Timeline.

ProTools however in the early days by design was developed to only work with dedicated hardware solutions (audio interfaces) which whilst ensured a high quality audio recording environment also put this far outside the price range of the average home studio recordist. Over time however the platform has opened up with ProTools HD remaining at the highend we saw the introduction of the LE revision and with a wider range of features such as full VST support although still required special hardware (the MBox range) to support and run it. Recently we’ve seen this evolve into the ProTools 9 release which like its counterparts Cubase & Sonar will now run on any sound card and hardware configuration it joins them as a fully featured elder statesman of sequencers.

So that’s the old guard covered what about the newer solutions?

Over the last decade or so we’ve seen any number of newer software packages appear and whilst some are designed in the same fashion as the older sequencers with midi being a primary concern with the most notable being the superb Reaper client, we’ve seen a number of software houses approach the process with new ideas and tailor their software more towards those of us who work fully inside the box rather than make music with external hardware.

The one package that can probably lay claim to making the most impact on how we think about arranging and working with sequenced music in recent times is Ableton. Originally developed as a live performance tool that would give the ability to remix and edit loops and audio on the fly in the early days we saw ground breaking DJ sets where the artist would load up all of their self written tracks as component parts and perform by mixing and matching components of their music blended together allowing for a unique performance each and every time. As artists got use to doing this live and discovered just how quick and easy it was to work with they started to use it more and more as a studio tool rather than just a live performance instrument and the Ableton development team have picked up on this and continued to develop it into the one stop solution no matter if your working in the studio or performing out on the road.

Other notable packages include Sony Acid, FL Studio and Reason which all continue to go from strength to strength. Both FL Studio and Sony Acid started out as a loop based sequencers and have evolved to play host to a lot of the features of the larger more established packages and offer support for the popular plugin standards.  Reason on the other hand is a popular all in one package which restricts it’s users by not supporting VST/DXi and other none native formats but rather maintains its own synth and sampler selection as part of the package. Whilst this can be seen as a negative by users wishing to dip into the wider waters of plug ins, it does have the notable advantage of focusing the user and by keeping those choices more limited which can actually help speed up workflow as anyone who’s ever faced a screen full of synths wondering which would be most suitable tor the idea in their head will tell you. Perhaps because of this a number of artists have mentioned that they prefer to write within this environment as they find themselves being at their most productive working this way, although they may still find themselves having to transfer projects over to other software solutions to complete the tracks at mixdown stage if they want to take advantage of tools not available inside of Reason to mix or master the project.

Hopefully this brief rundown has given you a few ideas of where you wish to look and our only other advice would be to get hands on. All sequencers initially require a bit of time to get to grips with, but as you pick up the concepts your ability to get your ideas down as you want them will get quicker and quicker as you learn more and more. Obviously with so many options some of these will prove better for you than others so we highly recommend you trail each package that appeals to how you wish to work.

Thankfully the majority of software firms offer trails of their sequencers giving you a few weeks to spend time with each one before you decide upon that initial outlay, so you should take advantage of this and give each one that stands out a try in order to make sure you make the right choice along the road to making music for yourself.

467 thoughts on “An Introduction to Music Sequencers”

Everybody loves a freebie and Waves have been nice enough to offer their analogue tape delay plugin – Supertap, for free this Black Friday! “Inspired by the legacy of the classic analog tape delays, SuperTap’s

Voxengo Curve EQ: Within Cubase 7 is a plug-in with a feature, which in essence has been around a while, but Voxengo really do make it easy to use…   I’m talking ‘Spectrum matching 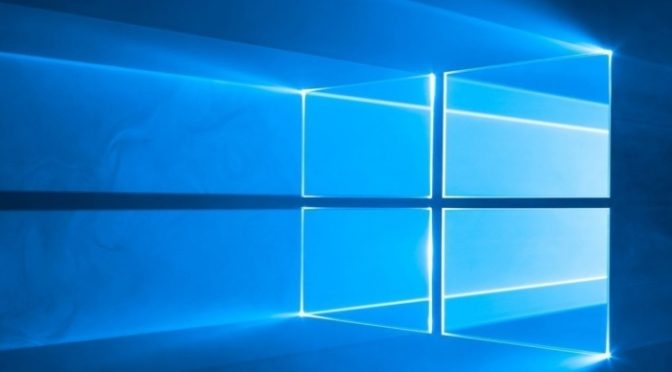 News that will possibly only affect a small number of users, but ultimately one that will make their composing life better. The FLS limit in Windows has become more and more apparent in recent years