The Be quiet! Dark Rock Pro 4 vs Scythe Ninja 5 Shoot Off 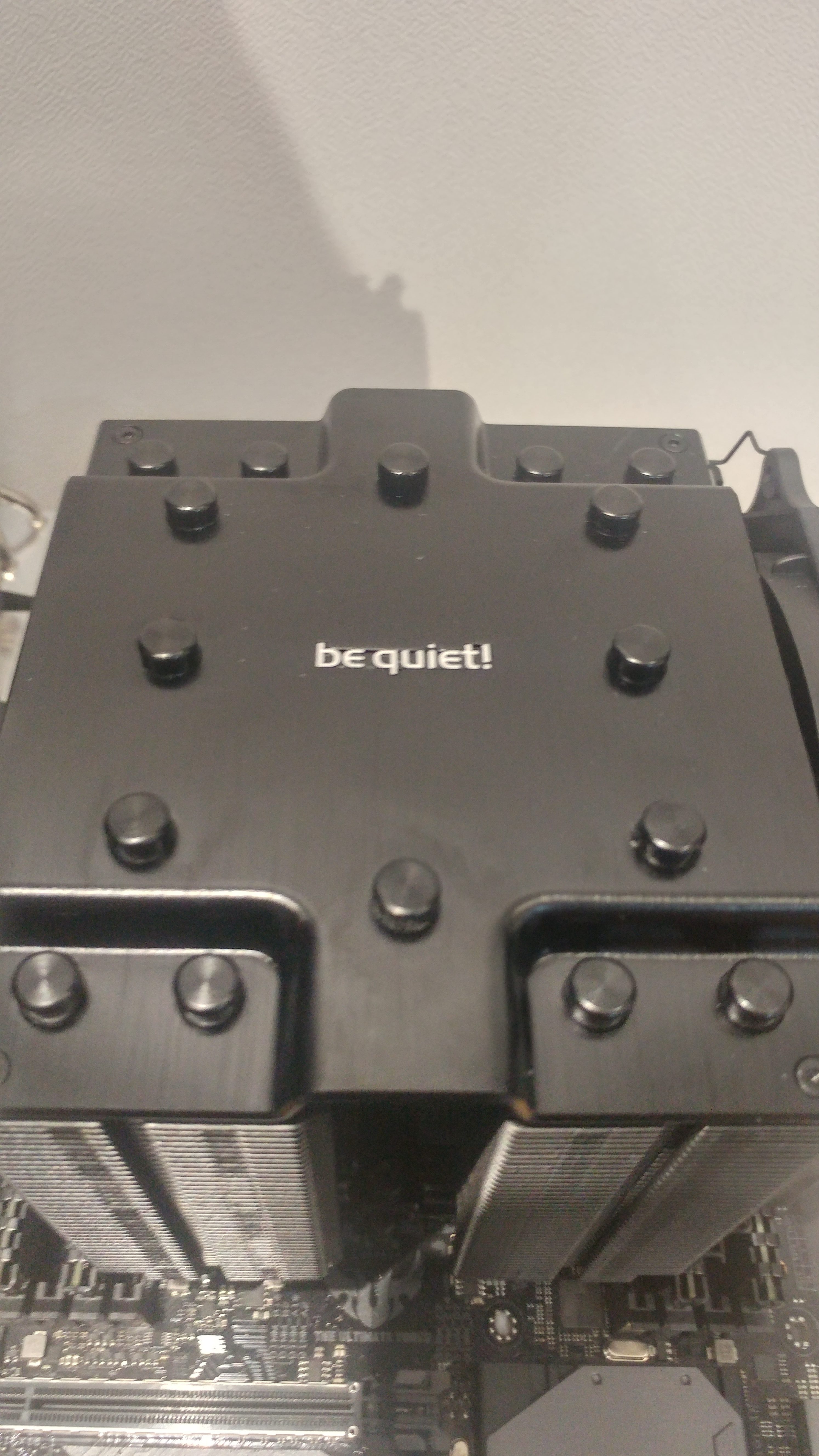 In a change from the normal component testing, I’m focusing on the bit you strap on to the CPU today, rather than the CPU itself.  For audio systems, it’s no secret that I tend to favour air cooling over water loops for a few basic reasons, namely water loops add pump noise, move the source of noise from the center to the extremities of the case and tend to require more pressure being generated to cool the more tightly packed radiator fins than you would also tend to need with larger coolers with wider spaced fins.

Of course, water loops are superb for extracting that last 5% – 10% of available performance from any system overclock, but with audio systems, we don’t tend to push it that far due to system noise being of utmost concern in the studio.

For the past couple of year’s the cooler in our most popular X299 tower systems has largely been the Be Quiet! Dark Rock Pro 4. This twin tower cooler features a dual fan solution and offers a superb noise floor when under light and medium loads, whilst still being able to ramp right up when the performance is getting well and truly thrashed.

Recently the Dark Rock 3 series was discontinued and the newer Pro 4 made it to market. As always I’ve tested this in house, and this time I decided to pit it against a most notable challenger.

Scythe coolers have a long history in the low noise cooling segment. Indeed going back in the early 00’s there were few cooling companies with any sort of focus on noise levels. Back then, Zalman was the default go to in this regard for many people but for the true connoisseur of quietness, Scythe was often the secret weapon of choice.

Offering everything for silencing at one point, from coolers and fans, through to drive mounting’s, PSU’s they’ve built a solid reputation over the years. On a personal level, whilst I’ve always been a big fan of their hardware one little thing has driven me insane as a user and that is their lack of TDP capabilities being listed in the specs. Where a firm like Be Quiet! will splash the recommended TDP ratings all over the box, Scythe often is not always quite so forthcoming with this information.

I mention this because I’ve frankly sidelined them over the years for anything other than a stock configuration on a system, simply as anyone user who overclocks on one might find themselves running out of cooling overhead at a most unfortunate time if they are not careful.

That all said, I would love to see a true winner come from Scythe and in pitting it against the Dark Rock Pro 4 we see it taking on one of the what could well prove to be one of the best low noise / high performance quite coolers out here.

First up, let’s check out the official shots. 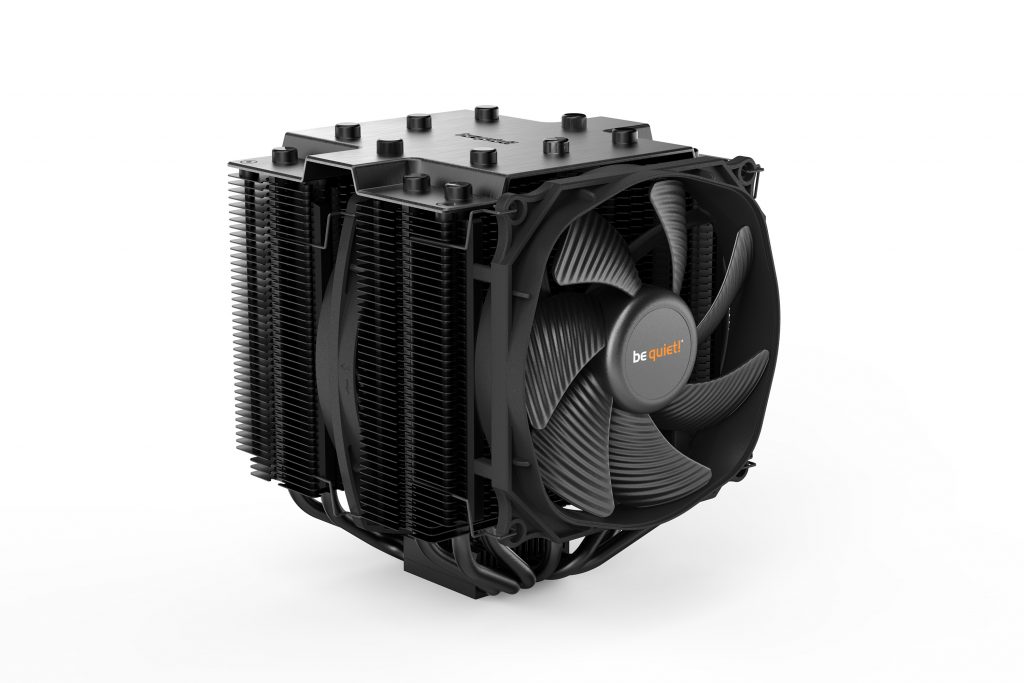 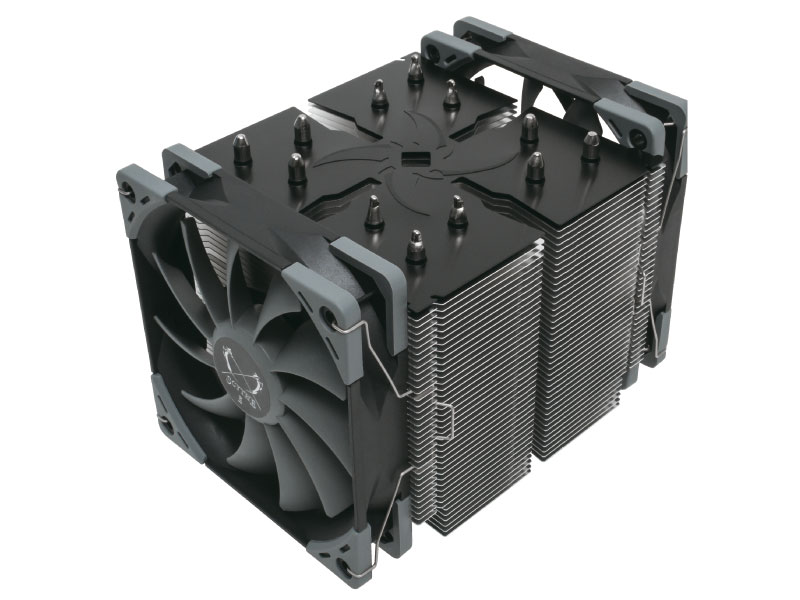 I’ve chosen these two to face off, as they are the flagship models from their respective ranges and both are recommended for running on X299 based i7 & i9 systems.

The Dark Rock Pro 4 is a good £20 more expensive than the Ninja and there is, in fact, another Be Quiet! model around the same price of the Ninja but that is a single fan unit and rated to only 200 TDP as opposed to the 250 TDP. The Ninja as is common with Scythe isn’t officially rated although it does support the i9’s at around 165W TDP with ease, so our question here is how much further can it go beyond that?

So, on with testing and let’s start at the beginning with mounting the coolers. Be Quiet! has a bit of a mixed reputation for its mounting schemes ranging from pretty sensible to awkwardly bonkers and Scythe in past years have certainly had some moments too.  So, with that in mind, the process for fitting both of these coolers is almost boringly simple. 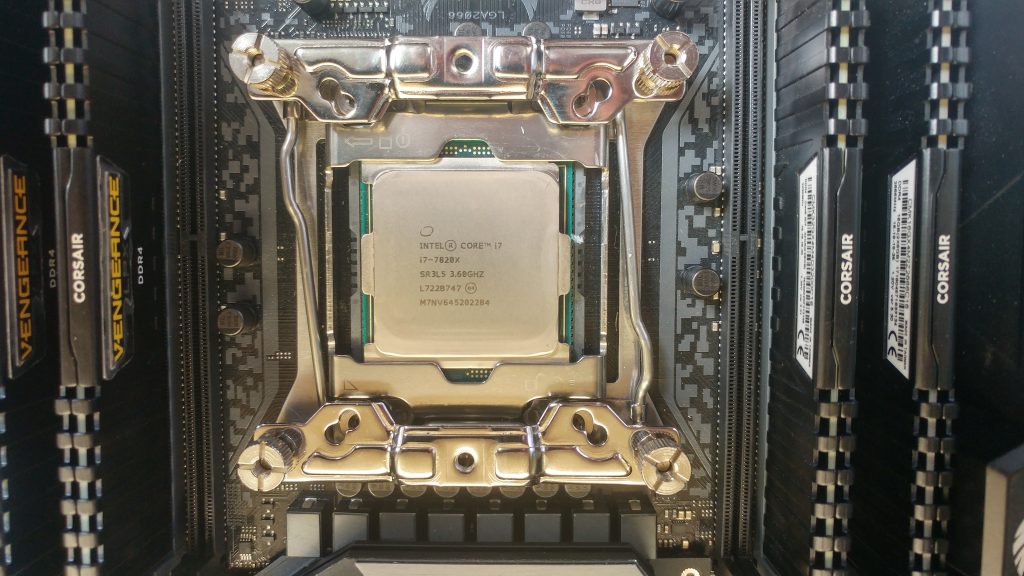 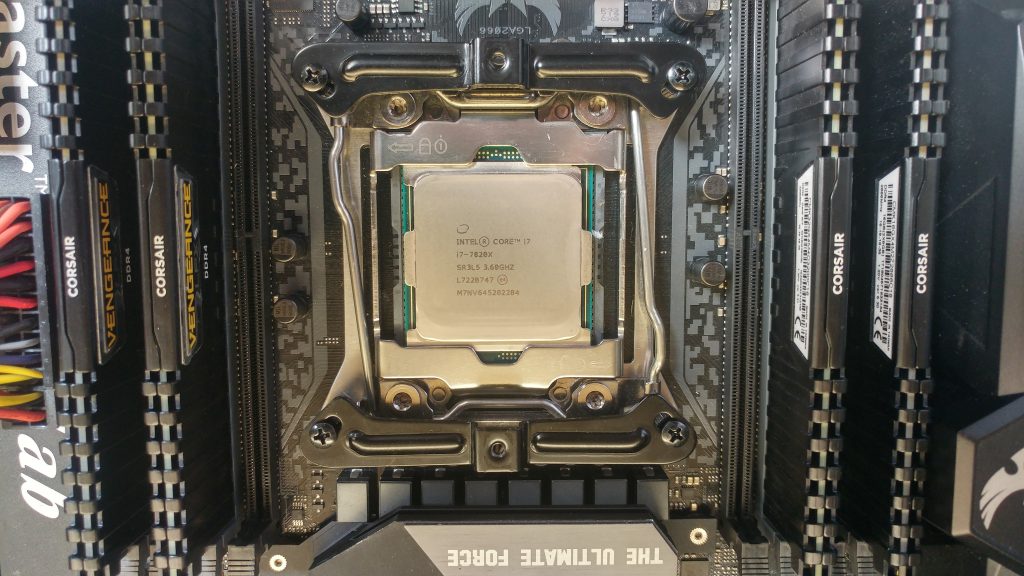 There really is very little to separate them here as both of them have very similar X299 bracket mechanisms. You insert 4 x 2 ended screws into the CPU socket corners, place the bracket over it and then screw down some thumb screws to lock it in place. It’s a well-proven design and very, very quick to install for any user, no matter your experience level.

Now the tricky part of this design, however, is rarely the bracket itself, rather how the cooler mounts to it. Previous Dark Rock Pro models would often ship with a special spanner and you used to have to slide your hand under the cooler in order to get to the screws. Whilst it worked, it was sometimes a little awkward, even when working on a desk, needless to say trying to do the same job with everything installed into a case could prove to be rather frustrating.

The Ninja 5 avoids all of this by carefully designing the cooler to leave access gaps for the screwdriver to feed through. 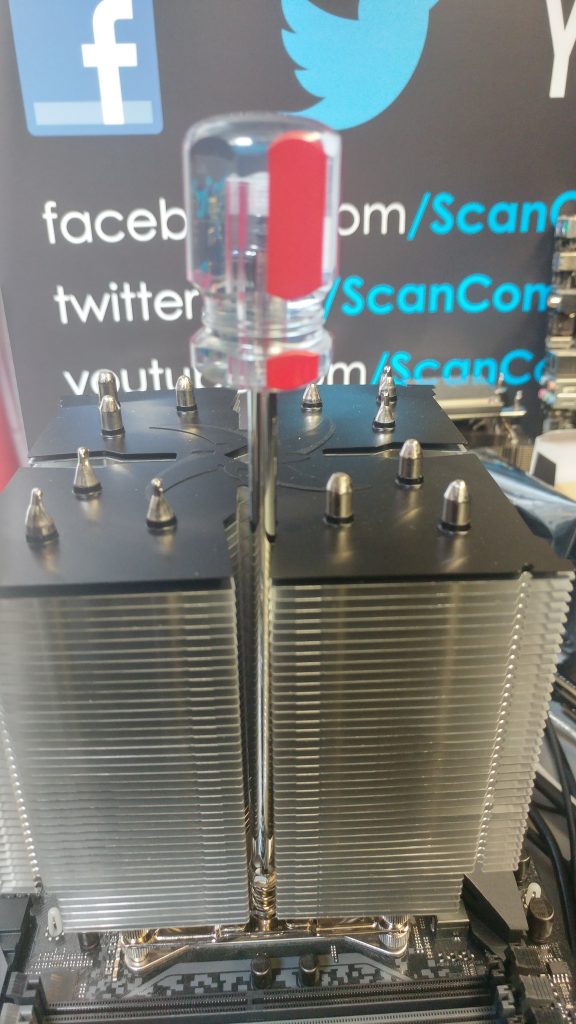 It’s a quick and easy design to fit and as you can see, with the included screwdriver an absolute cinch to get in there. 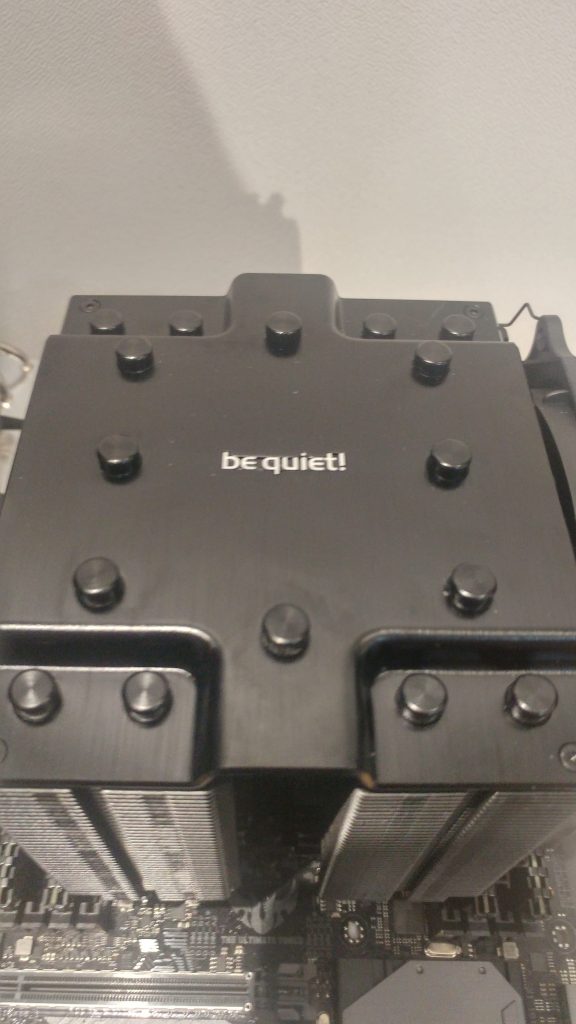 Hmmm… the initial thought that went through my head (and possibly anyone reading who’s dealt with a number of larger coolers before) was one of “great, more fiddly mountings to try and deal with”.

However, this cooler has an interesting trick up its sleve. 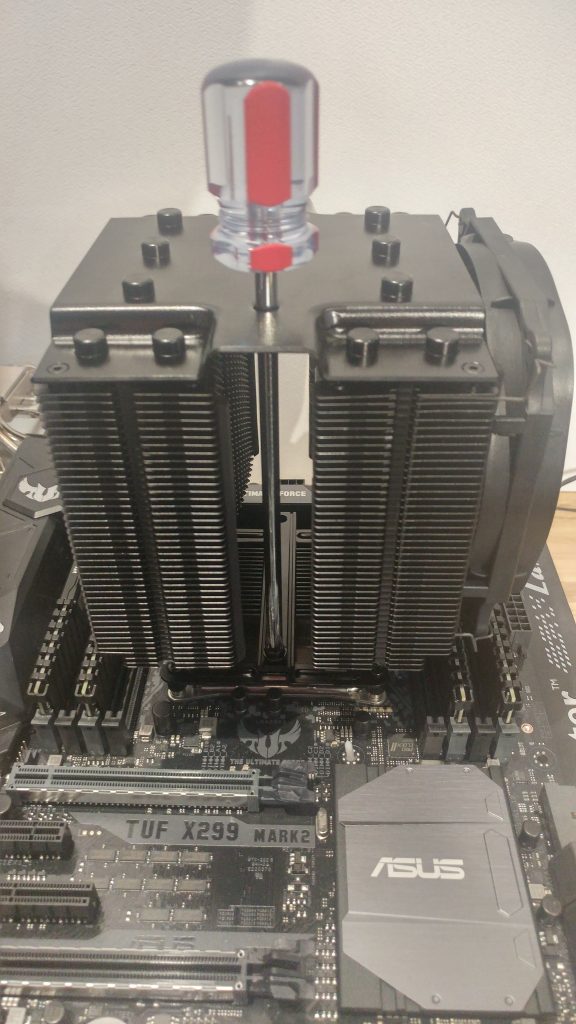 Yes, two of those heat pipe caps are fake and unscrew, giving full access to the mount securing screws. A simple change, but one that will save an astounding amount of potential aggravation for the end user.

But form aside, let’s talk about some function and just exactly what’s going on with some benchmarking. 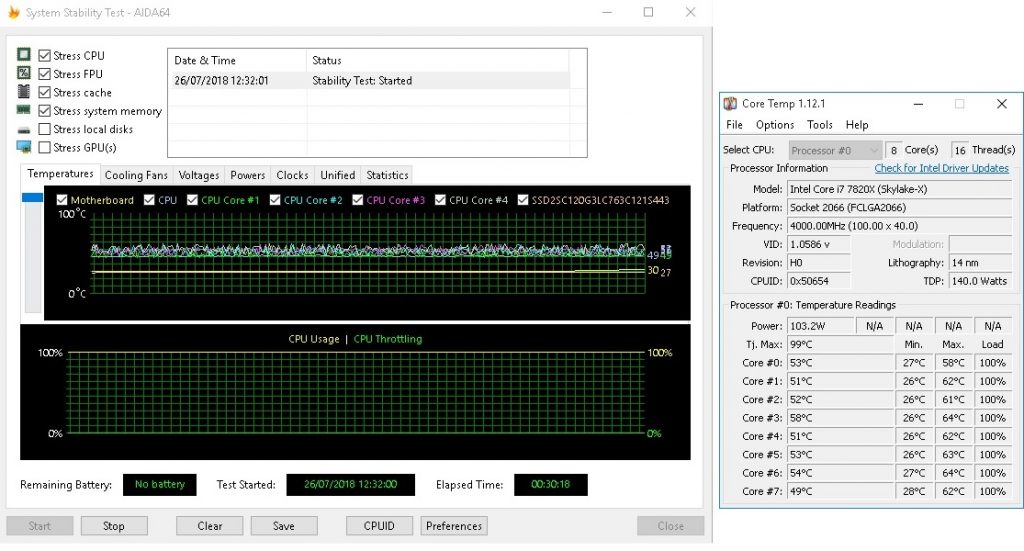 The first test is the stock clock test on the Dark Rock Pro 4. We see after 30 mins a rough average of around 60 degrees across the cores. 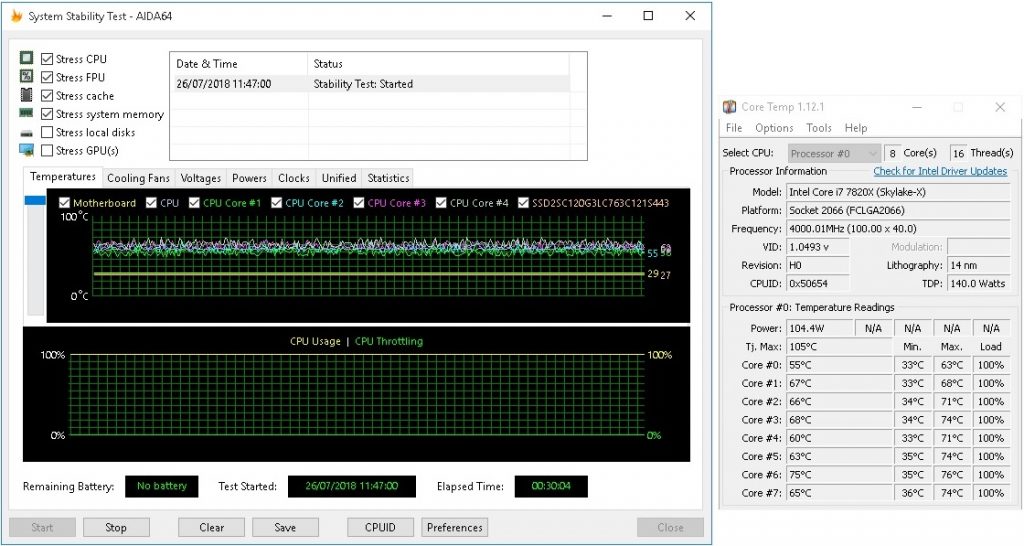 Following on from those I thought I’d retest the temps and try again with a bit more of a workload to cope with. I tend to advocate running CPU’s at their single core max turbo, as it normally tends to be a simple and rather straightforward overclock to carry out, assuming you have capable enough cooling to work with. 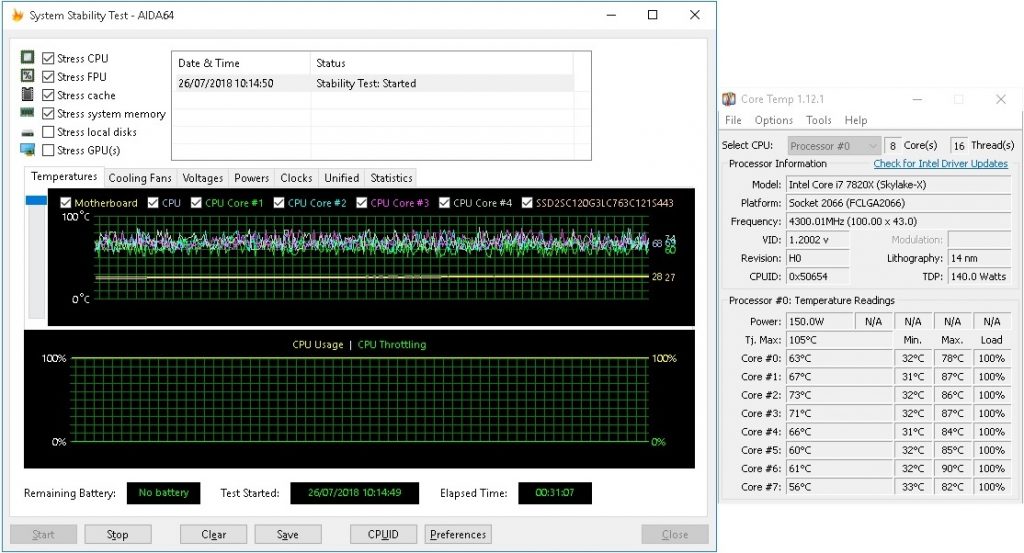 In this one, the Dark Rock still holds it’s own. A few of the tests in the sequence do bounce off the 90 degrees mark, which is still a good 10% below the throttle point. Otherwise, it does carry itself fairly well, given that we’re running the FPU testing component here and that will tend to elevate heat levels with mid 80’s being seen as the occasional peak, but otherwise, it spent a lot of the time around the 70 degrees level which is acceptable. 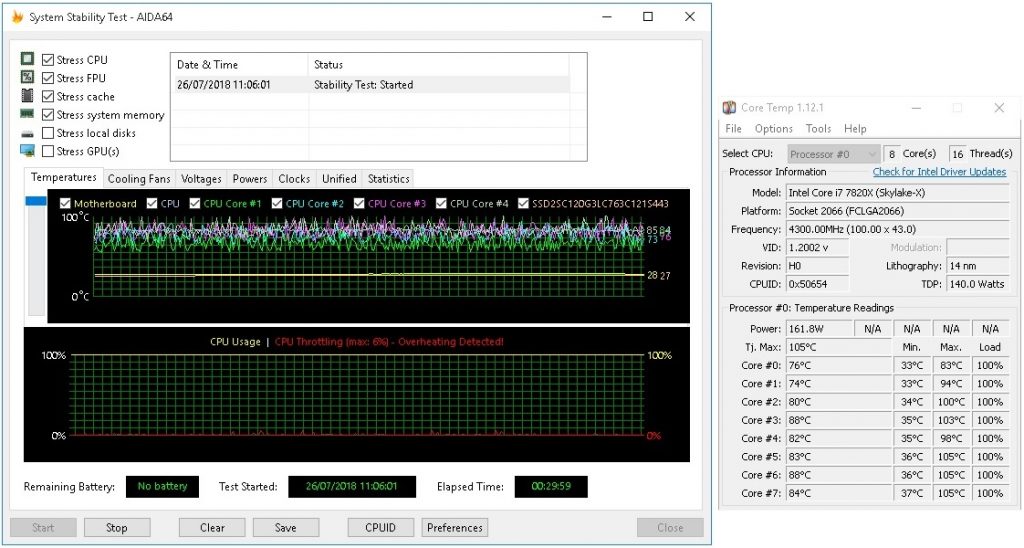 Here we see where the Ninja proves to be a little weak in its performance handling. The test red lined for me almost instantly once I hit start, with a few of the cores bouncing off the 105 throttle limit over the course of the 30 min test.

But… this is only half the story for us audio system owners!

Noise is, of course, a major factor with both coolers being supplied with a promise of being super quiet, but have we really got a winner in that regard too?

I grabbed a basic sound meter and headed into our demo space here. The room whilst treated is still very much a demo space rather than a dedicated studio. We do get an average reading of a 36db noise floor in there at the time of testing which means it’s certainly as quiet or quieter as the average rehearsal space.

I measured in two positions for this whilst each cooler was under load. Position 1 had me set the mic on the GPU cooler about 2″ from the cooler. Position 2 had the mic pick up sat 0.5 meters away from the cooler. In both instances the mainboard & cooler is sat on my test bench with no case around it,  so keep in mind any result I’ve recorded here will be further muted once it’s entombed into a fully built system.

As mentioned already the room noise floor is 36db.  As we can see above the Ninja 5 comes up trumps in this test when we get up close and personal, there is a clear 5db difference between the two units.

However, at half a meter it’s a different story with both coolers only just being picked up by the mic when running under the overclocked profile and sitting below the noise floor on the standard profile. I dare say we’ll not be seeing many users working closer to the cooler than half a meter and even so, with the case around it I would expect any trace noise to be completely masked.

So, is it a draw for noise levels?

What the chart doesn’t show is that under more intense test cycles on that overclock profile, the Be Quiet will ramp up to a more noticeable level. The Ninja cooler is running a pair of fans that are limited to 800rpm and the figures you see above are the fans hitting their full tilt.

The Be Quiet! fans are rated to 1200 & 1500 rpm and it does give them some additional overhead to play with, but that does translate to some extra noise.

Ultimately the difference in fan speeds explains where the better overclocking results come from in testing. At the point we see the Ninja 5 fail to keep up, the Be Quiet! cooler will then proceed to kick it up a gear to ensure everything runs smoothly. It does however become noticeable as far as an increase in noise levels go at that point. It’s not a vast difference and anyone who keeps their system down the side of the desk is unlikely to notice any difference, but for any users running a PC on the desk, well, you might want to stick with the Ninja when all is said and done.

So, the outcome of this test just to recap depends on what you want to achieve.

Do you want the quietest system possible with an i9 in it?

Do you want to overclock that system and don’t care about a little background hum when you’re pushing the machine to its limits?

Then the Be quiet! is for you.

Both are astoundingly good coolers, they’re just suitable for slightly different workload profiles depending upon your needs.

Building A Silent PC Solution in the NoFan Set A40 Case     One of the main considerations for any audiocentric build has traditionally been the overall noise of the final system. If you