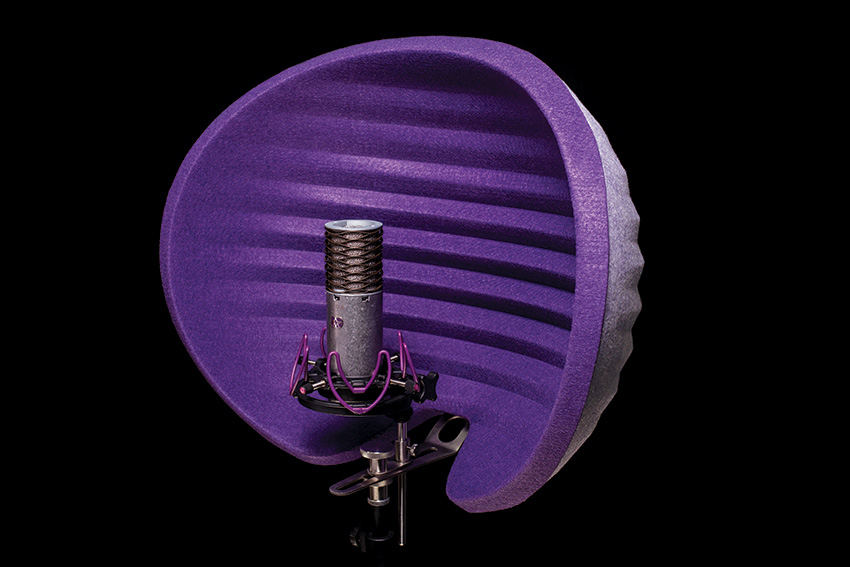 In the decade or so since the the first reflection filter was released, they have become common place not only with home enthusiasts, but also with pro studios and producers who turn to them as a convenient way of recording in a single room with vocalists, to facilitate a more natural form of recording whilst songwriting.

Fresh from the critically acclaimed release of their Microphone range, Aston unleash the mother (if your mother is rather large, as its 40% larger than the current industry leading competitor) of all mic reflection filters, its ridged design almost doubles the surface area and help to redirect any waves that do exist in the reflector away from bouncing back into the microphone. The spherical design increases the angles that the filter protects from reflected sound when recording, instead of working solely on the horizontal axis, as almost all the competition does.

Aston claim that all these factors produce a much linear frequency response than conventional filters and these guys should know, as the Aston management spent years working with SE Electronics in the UK, so are very familiar with the performance of the competition and have really gone back to basics to radically re-engineer the reflection filter concept.