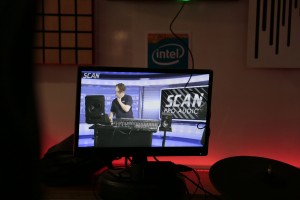 I’ve tried not to bang on too much about our Pro Audio webcasts, but I do have to point out from time to time just how much better they’re getting and how much the technology has moved on.

Last night we featured Luke Edwards from KORG with the new Volca series of synths, almost  7 months to the day since he launched our first ever foray into this brave new world of web broadcasting. The really interesting thing about that is how far the technology has come in that few short months. Back then we were using a Roland hardware based system, that was about the only real option to do what we were attempting to do, the box itself was around £2500.00 and we thought it was stunningly good value…. A few months later however, and we’re able to do everything we need to and more via a piece of software costing less than £400.00. As usual, one wonders where we’ll be with this technology a year from now.

What is really exciting however, are the implications for this type of technology.

With the emergence of websites like ‘Stage It’, the opportunities for performers from any genre, music, comedy, magic are becoming huge and potentially very lucrative. Essentially anyone who has the ability to ‘entertain’ or educate will find that for a modest outlay on cameras and software, they will be able to market themselves to their own audience and charge money for private, ‘one-off’ concerts. If all the indicators are to be believed, this is indeed the future for entertainment and knowledge (one of the biggest predicted rises will again be in on-line tuition).

Typically,  5 years ago, In your average suburban family home on a Thursday evening, you’d invariably hear a discussion if not a row about the families viewing that evening, someone would want to watch something at a time that clashed with something else, and various bribes and barters would have to take place to allow peace to be restored.

Nowadays, the kids take themselves off up to their bedrooms with their computers or tablets/pads and Netflix will stream the latest movies or TV shows to them, whilst Dad watches a You Tube clip on how to strip a clutch, and Mum gets to watch the Strictly Come Dancing repeats. All in All, things have changed. And the future will be more of the same.

Specialist content delivered by experts will allow everyone to celebrate their inner geek.

Wanna watch a Gardening show? Or do you want to watch a specialist show on growing Hydrangea’s in Acid soil and windy conditions?

Wanna watch some Pop music? Or do you want to listen to a Producer talk about how he created the track from scratch using Akai beatboxes and some Beatles samples…. 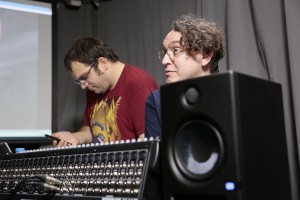 The point is specialisation, and it’s coming thick and fast…… However, because, as we’ve mentioned, the content is for the first time being seen regularly in peoples living areas, (You Tube is now available on most cable providers pack’s) the people are demanding much higher production values, hence the need to get hooked up with the right kind of kit. 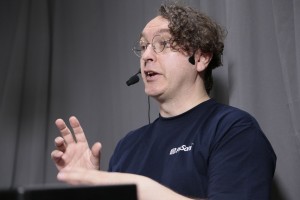 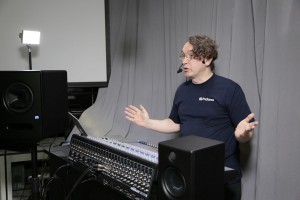 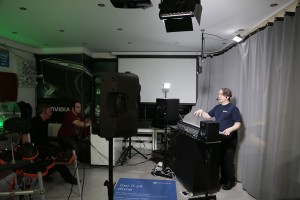 Every year we find with computer systems as with so many other products it seems that the is always something bigger, better and faster becoming available. The question is how do we validate those claims

Our attendence at this years LITS show went down well with the Scan stand having exclusive first play throughs of BF3, Overclocking master classes the epic 3XS Swordfish system and most importantly for the audio