Motu Introduce Wireless Control Of CueMix From Your iPad

A welcome feature set announcement from MOTU this morning as they introduce wireless control of their Cuemix client from your iPad.

If you own already own a CueMix-equipped MOTU audio interface you can now grab a free download from MOTU where the the latest CueMix FX software includes TouchOSC templates for your iPad. These will give you access too and  complete control over the CueMix mixing and effects processing in your MOTU audio interface. Control your mix from anywhere in your home or studio via its Wi-Fi network. All CueMix-equipped MOTU interfaces are supported, both current and legacy models (see list below).

The CueMix mixer in your MOTU audio interface can be controlled from an iPad using an iPad app called TouchOSC. From your iPad, you can perform all CueMix mixing functions using the on-screen faders, knobs, and buttons in TouchOSC. Communication is bi-directional, so any changes you make on your computer screen will also be reflected on your iPad.

So how does wireless control of CueMix from your iPad work?

Open Sound Control (OSC) is a protocol for communication among computers, sound synthesizers, and other multimedia devices that is optimized for modern networking technology.

TouchOSC is a customizable OSC and MIDI control surface app for the iPad. It is available through the Apple App Store and allows you to control applications on your Mac or PC over Wi-Fi.

MOTU has created custom TouchOSC iPad layouts for controlling CueMix FX. When you load them into TouchOSC, your iPad becomes a customized Wi-Fi control surface for CueMix FX. 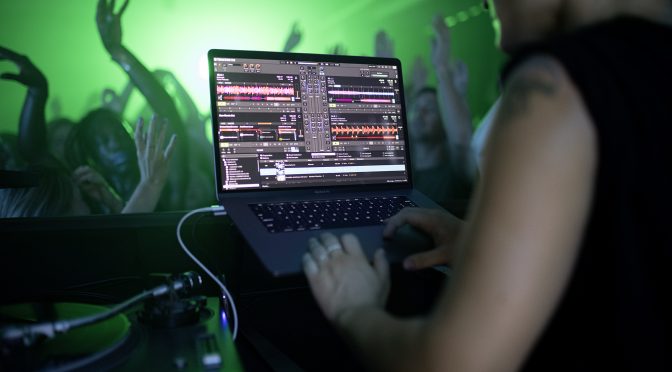 Native Instruments have really gone all out this year, with a huge range refresh taking place and a raft of new products fresh out of Berlin. Komplete 12  The flagship collection package reaches it’s 12th

The Dark Blood is the new pedal from KHDK. The partnership between a certain Kirk Hammett and his business partner David Karon. Combining solid state and mosfet technology this pedal delivers an amp like sound