Compressors: What does what?

Compressors: What does What?

Many people use compressors in their music, and can usually describe to you what the compressor is doing to their track, (If they can’t do that, it’s probably not the most listenable stuff in the world….), however, many people just stick on a preset, and dont bother understanding what the various options/processes within the compressor,

Here is the Scan guide to Compressor Knobs……….

The Compressor can be used at all stages of your studio work, recording tracks, mixing down and mastering the final product.
Its job is to ‘turn down’ the volume of a signal, if the signal has gone above a certain volume level. It’s exactly the same as a person turning the volume knob down, albeit much faster and much more accurate.

Threshold: The threshold setting determines the level at which the compressor starts to act on the signal. It is listed in dB (decibels).

Attack: This controls how soon the compressor kicks in. i.e. how quickly the volume is reduced once the incoming signal exceeds the threshold.
The attack is defined in milliseconds (ms), the lower the number, the faster the attack.

Release: The release parameter controls how long the compressor continues affecting the signal once it has started. Like the attack, the release is termed in milliseconds.

Gain: Adding compression usually results in the overall level of the sound dropping. Using the Gain control you can dial the level back up to where it was beforehand.
The signal is listed in decibels. 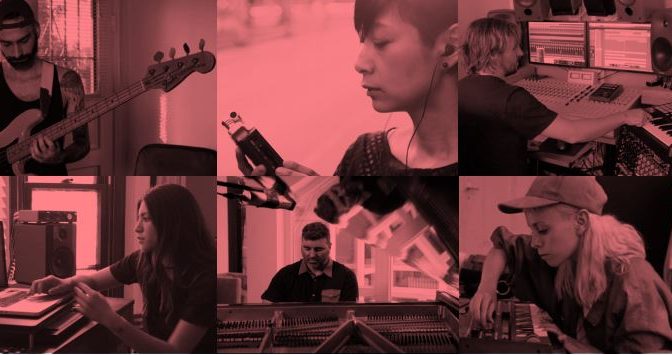 It seems to be the season for tutorial videos at the moment, although Ableton have chosen to move in a slightly different direction with theirs. Any artist can suffer from a lack of inspiration at

7 REASONS TO LOVE REASON 7…… Reason 7 is coming VERY soon, and it’s all grown up!! For a while now, Reason has seemed to live in the shadow of the main DAW’s.  Indeed for