Pioneer expand their DJ range’s overall functionality, by bringing a interesting new effects box to the market. We didn’t quite expect this, but seeing the integration in the promotional  video below, it does certainly look a lot of fun in use.

The most interesting feature here is the ability to build up and store your own custom effects chains where you can prebuild scenes that allow you quick and easy access during your live performances, ensureing that you don’t have to scramble about whilst your playing. You could certainly craft your own signiture sound by careful selection of the processing taking place and as Pioneer are making a number of “effects of the stars” type packs available upon the units release, you should be able to learn from them and develop your own style fairly quickly.

So what do Pioneer have to say?

Key features of the Pioneer RMX-1000

The ultimate multi-use unit, the Pioneer RMX-1000 can be used with mixers, CDJs and laptops in the booth, or with a PC in the studio for recording and producing.

With fully customisable settings, the Pioneer RMX-1000 offers the kind of flexibility never before seen in hardware. The control parameters can be completely modified using the remixbox software included.

The hardware offers three ways to access settings. Default activates Pioneer’s intuitive factory settings. And User settings can be stored on the unit, or on an SD card to be taken along to the booth – DJs simply plug their SD card in to get immediate access to their personalised controls. And Pioneer plans to make settings from internationally renowned DJs such as Chuckie, Kissy Sell Out, Kutski, James Zabiela, Doorly and Laidback Luke available for DJs to download.

The unit’s user-friendly, intuitive controls are divided into four categories:

Designed by Pioneer exclusively for the RMX-1000, the remixbox software allows DJs to prepare mind-blowing sets – while the hardware leaves plenty of room for spontaneity on the night.

And DJs can use the software to modify the unit’s features and change its parameters for a truly personalised DJing experience. By hovering their mouse over the remixbox’s virtual Pioneer RMX-1000, DJs can edit features, change parameters or adjust effects on the hardware itself.

As the first VST/AU controller dedicated to the DJ industry, the Pioneer  RMX-1000 brings the operability of hardware into the recording studio.

By just plugging the unit into a laptop, DJs and producers can use the Pioneer  RMX-1000’s dedicated controls to manipulate the VST/AU’s exciting features.

There’s no need to fiddle around with the mouse and keyboard: just hit a button, twist a dial, or turn a knob – the Pioneer RMX-1000 literally puts every effect right at producers’ fingertips. 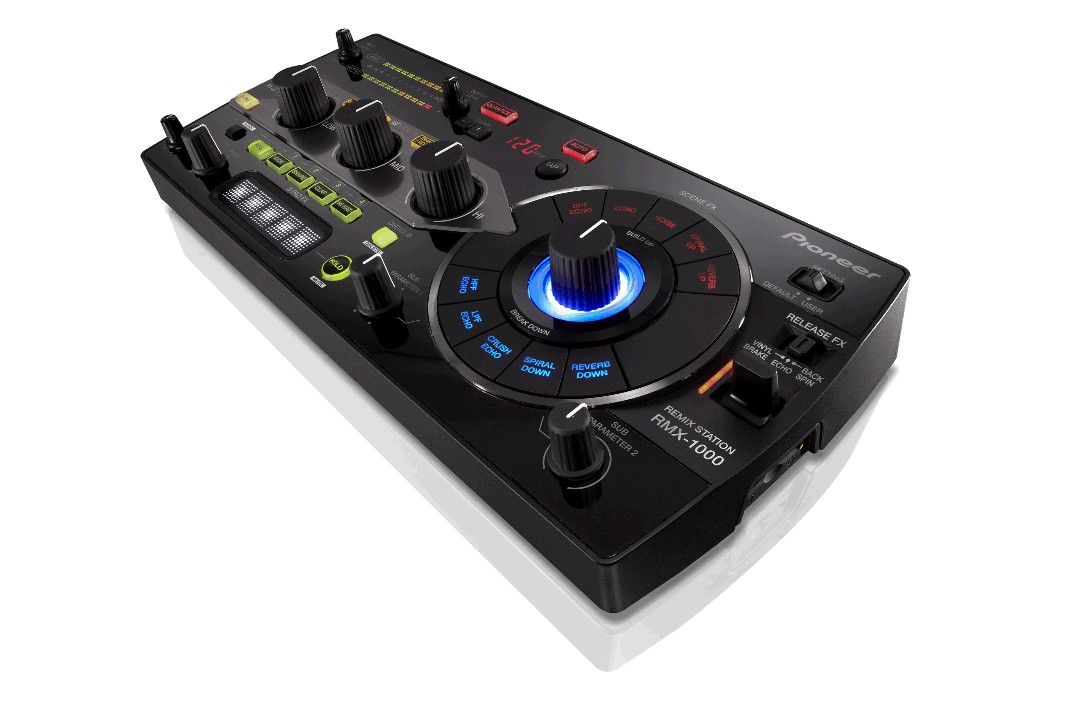 The Native Instruments Traktor Z1 is the ultimate, stick-it-in-yer-bag portable addon for Traktor users, both on PC and Mac, but also for Traktor DJ on iOS. Fully compatible with all of the versions of Traktor,

SCAN GUIDE TO MIDI CONTROLLERS: WHAT IS A MIDI CONTROLLER KEYBOARD? Basically a MIDI Controller Keyboard is way of communicating with a Synth or a sampler or a Computer running a VST instrument or other